Champion Stakes runner-up Dubai Honour is being readied for an international assignment in Hong Kong next month, where he is set to be the sole British representative in the Group 1 Longines Hong Kong Cup.

Trained by William Haggas, Dubai Honour was supplemented into the Champion Stakes at Ascot at a cost of £75,000 but connections got their money back with interest when he chased home Sealiway with multiple Group 1 winner Mishriff and Derby hero Adayar in behind. 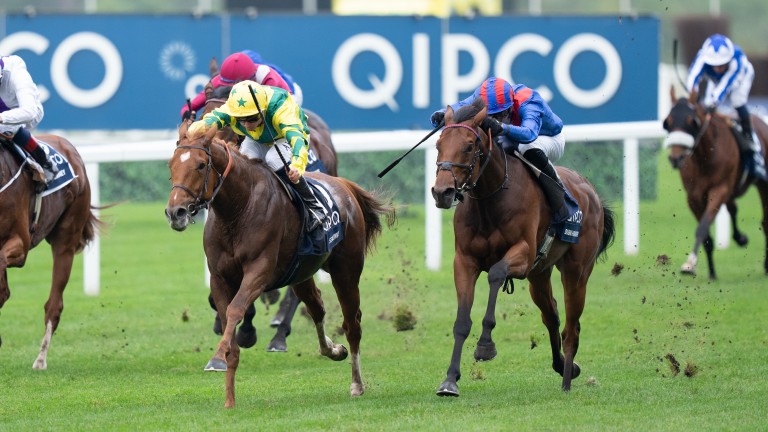 Before that effort, the son of Pride Of Dubai had racked up successive Group 2 wins in France, including the Prix Dollar at Longchamp on Arc weekend.

As he had a delayed start to the campaign, Dubai Honour has only had five starts so far this year, a factor Haggas feels will be in his favour when he heads to Hong Kong next month.

Dubai Honour stepped up his preparation with a workout under former jockey Michael Hills on the Al Bahathri Polytrack in Newmarket on Wednesday morning.

Haggas said: “Dubai Honour is looking well and on schedule to run in Hong Kong, where we think the mile and a quarter of the Cup rather than the longer trip of the Vase will suit him. I don’t usually like taking three-year-olds out there as it’s a long trip but he’s relatively fresh having only started his season at Royal Ascot.”

Other British-trained entries in the Hong Kong showpiece include Pogo for Charlie Hills and Saffron Beach for Jane Chapple-Hyam in the Mile and Away He Goes (Ismail Mohammed), Hukum (Owen Burrows), Pyledriver (William Muir and Chris Grassick) and Spanish Mission (Andrew Balding) in the Vase.

The Cox Plate winner State Of Rest (Joseph O'Brien) also has the Vase as an option, while Aidan O'Brien has a whole host of horses, including Love, Snowfall, Mogul and Broome, in either that race or the Cup. Tarnawa, who was disappointing in the Breeders' Cup Turf, could also travel for Dermot Weld.