A micro studio flat with a shower and sink right next to the bed has gone on sale in Notting Hill for £200,000.

The 79-square foot flat is up for sale in the heart of Notting Hill, and is fit with a single bed, a hob and a shower as well as a toilet cubicle.

Described by letting agents as an ideal opportunity to create a London 'bolt hole' is located in the borough of Kensington and Chelsea, one of the country's most desirable locations. 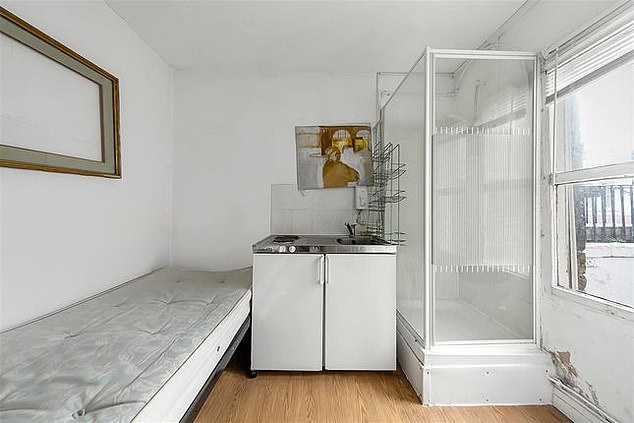 The flat is fitted with a sink, a shower and a toilet cubicle and is on sale for £200k in Notting Hill 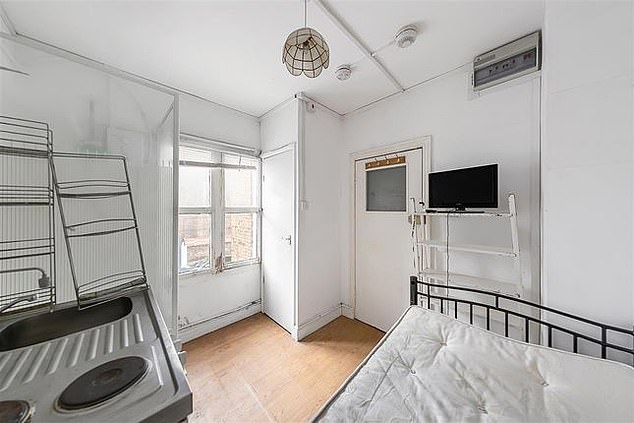 A bolthole is a popular term used to describe properties that afford their owners the opportunity to escape.

Letting agents say the flat is located in Colville Road 'with all the local amenities, restaurants, bars and shops of Westbourne Grove, Portobello and Notting Hill Gate'.

The flat listing adds that it 'requires modernisation throughout and could become a wonderful base for someone'. 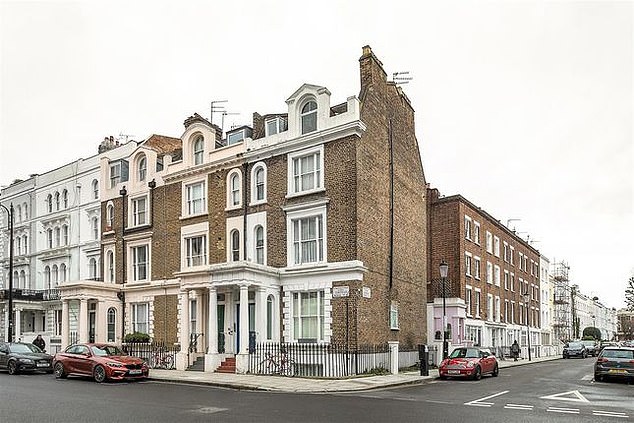 The property is located near Notting Hill Gate tube and Ladbroke Grove tube to give any potential buyers quick access into the City and West.

Potential buyers have been told that stations nearby provide quick access to the city and the West End.

The property was first listed for £250,000 in February but was lowered by £50,000 a week later and the seller is accepting cash offers only. 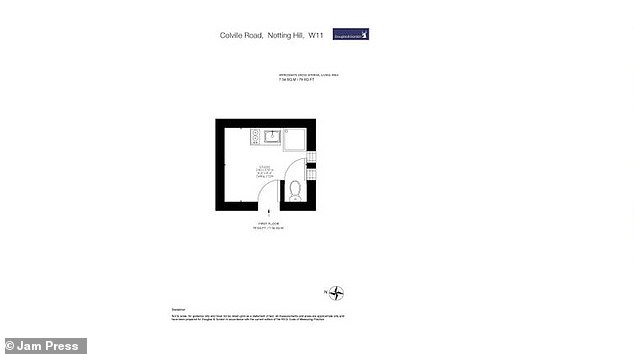